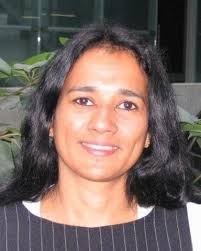 Discriminating between unknown objects in a given set is a fundamental task in experimental science. Suppose you are given a quantum system which is in one of two given states with equal probability. Determining the actual state of the system amounts to doing a measurement on it which would allow you to discriminate between the two possible states. It is known that unless the two states are mutually orthogonal, perfect discrimination is possible only if you are given arbitrarily many identical copies of the state.

In this talk we consider the task of discriminating between quantum processes, instead of quantum states. In particular, we discriminate between a pair of unitary operators acting on a quantum system whose underlying Hilbert space is possibly infinite-dimensional. We prove that in contrast to state discrimination, one needs only a finite number of copies to discriminate perfectly between the two unitaries. Furthermore, no entanglement is needed in the discrimination task. The measure of discrimination is given in terms of the energy-constrained diamond norm and one of the key ingredients of the proof is a generalization of the Toeplitz-Hausdorff Theorem in convex analysis. Moreover, we employ our results to study a novel type of quantum speed limits which apply to pairs of quantum evolutions.This work was done jointly with Simon Becker (Cambridge), Ludovico Lami (Ulm) and Cambyse Rouze (Munich).

The schedule of upcoming and past seminars can be found here:
http://www.iamp.org/page.php?page=page_seminar