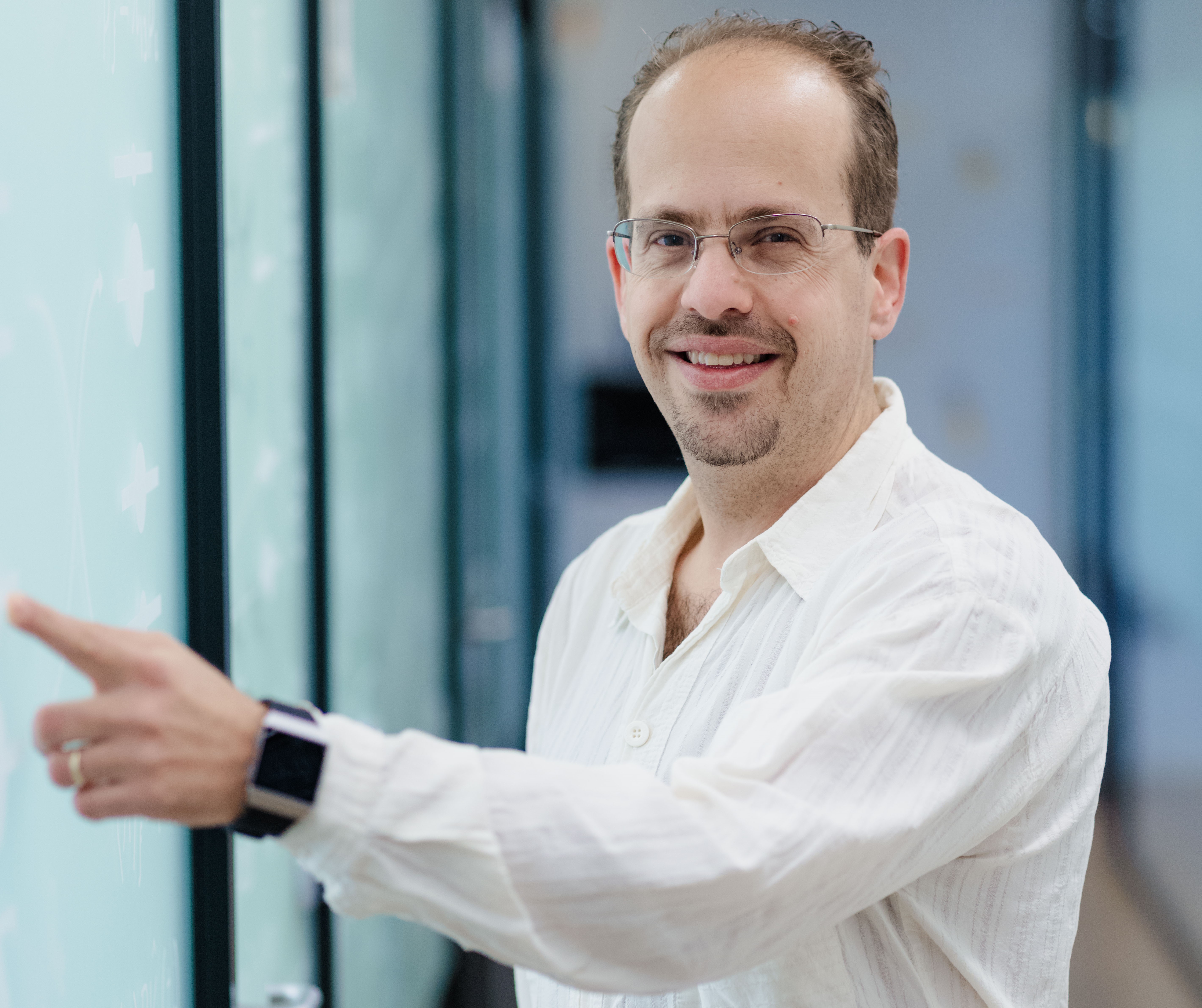 Dr. David Gelbwaser-Klimovsky is still settling into his new position at the Technion. He just returned to Israel after seven years in the U.S., where he pursued a post-doc at Harvard and then a fellowship at MIT. Originally from Mexico, Dr. Gelbwaser made Aliyah when he was 24 and completed Master’s and PhD degrees in Physics from the Weizmann Institute before moving to Boston. A distinguished theoretician specializing in quantum mechanics, he was warmly welcomed at the Technion’s Schulich Faculty of Chemistry and the Helen Diller Quantum Center.

Dr. Gelbwaser’s main field of interest is understanding the interface between quantum mechanics and thermodynamics. Specifically, what are the limitations that thermodynamics set regarding the behavior of quantum systems? The laws of thermodynamics impose restrictions on how collective systems behave. For example, if you combine a hot gas and a cold gas, you expect the hot gas to become colder and the cold gas to become hotter until they reach an equilibrium and not the other way around. This is a consequence of the second law of thermodynamics which also affects the efficiency of engines, photosynthesis and any other process that involves transforming energy efficiently. Gelbwaser’s basic goal is to understand the limitations that thermodynamics impose to quantum systems and whether they are different from classical systems.

“One of the basic tools we use is the theory of open quantum systems, which is used to describe how a small system behaves under the influence of a big system or its surroundings,” Dr. Gelbwaser explains. “For example, how does a single atom behave under the influence of many other atoms or of the electromagnetic field? What will happen to its quantum effects? How will it exchange energy with its surroundings?”

The theory of open quantum systems describes the transfer of energy between systems when the systems are not isolated, and it is especially relevant for quantum computation. In quantum computers, the quantum advantage is lost due to interaction with the surroundings, and researchers are trying to find ways to retain the quantum advantage as long as possible, Gelbwaser points out. The same tools used to understand thermodynamics can be used to understand what happens with the quantum advantage in quantum computers – and this is precisely what he is exploring. “What interests me the most is researching the limitations of thermodynamics in any kind of system – quantum or non-quantum – and how the system interacts with surrounding systems.”

Another field which Dr. Gelbwaser is working on focuses on non-reciprocal systems – systems that do not have micro-reversibility in time. “If you film an electron in the presence of a magnetic field, you can know if the movie is being played backwards or forwards just by knowing the trajectory – meaning that it breaks micro-reversibility. This is an interesting property from a thermodynamic point of view, and we are trying to understand and use these properties to build more accurate quantum sensors.”

Recently, Dr. Gelbwaser was the lead author in an article published in Physical Review Letters that describes the possibility of building a heat engine using two plates at different temperatures, based on Casimir forces – physical forces acting on the macroscopic boundaries of a confined space which arise from the quantum or thermal fluctuations of the field. They concluded that one of the plates must be made of a non-reciprocal material.

In the past, Gelbwaser has collaborated with a range of experimental groups, mainly in Germany and the U.S., to test his theories.

Just one month after arriving in Israel, Dr. Gelbwaser reveals that he is very happy to be here. “There are great people and great opportunities at the Technion,” he affirms. Through the Quantum Center, he received an award for new faculty members in quantum technologies, and he is excited about teaching a new advanced course that he is in the process of developing, as well as a course on Chemical Thermodynamics.

Most of all, he is delighted to be living on the Technion campus, in the faculty dorms which he, his wife and their two young daughters now call home. “It’s like heaven for families. This is the best place to be as a parent of young children. Knowing that your family is okay provides you with the needed peace of mind to be able to do research.”