“Floquet engineering” is a rapidly developing approach for inducing novel phases of matter by subjecting quantum materials to well-designed time-periodic fields. Applications include Floquet engineered topology in non-topological materials, optically controlled superconductivity, and promotion of symmetry-broken non-equilibrium phases among many other applications. In our recent work, we discovered that strong coherent time-periodic fields can be used to drive a non-equilibrium metal-to-insulator quantum phase transition in semiconductor nanowires.

The phase transition is controlled by a new type of quantum critical point emergent in the non-equilibrium steady state of the system. Although application of strong periodic fields may lead to substantial heating which washes out any interesting quantum phenomena, we showed that this phase transition can be realized and observed by judicially choosing the properties of the material and the external drive. The transition can be driven in situ by variation of the strength of the driving field– a readily available knob to tune experimentally. Our study predicts a distinct response of the system to charge variations in the two phases which may serve as a clear experimental manifestation of the transition. 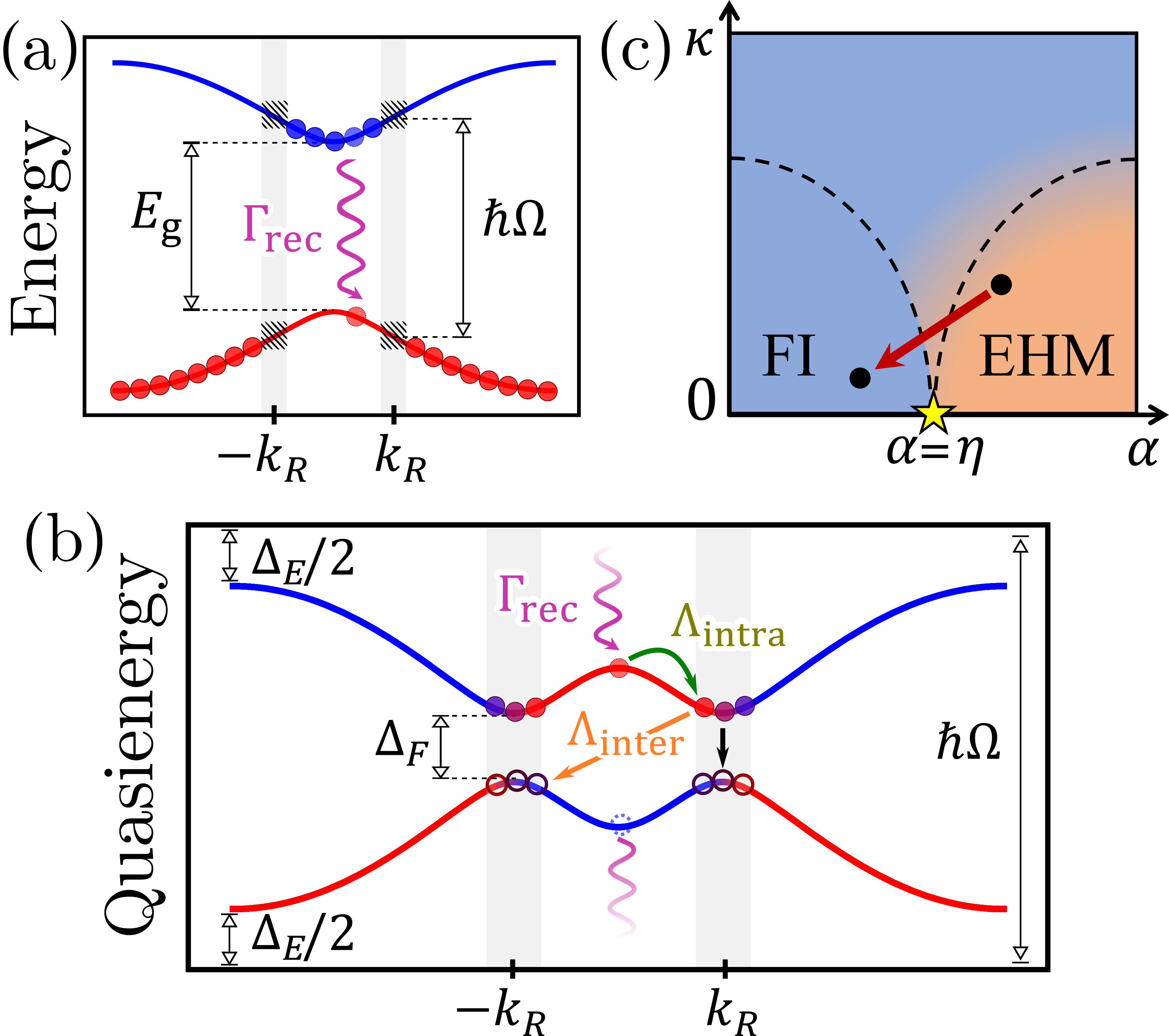 (a) Equilibrium band structure of the semiconductor nanowire. Full circles represent an average occupation of the conduction and valence bands exhibiting a photon-excited population induced by the driving field. (b) Floquet spectrum of the periodically driven system. The wiggly and straight arrows represent scattering processes of electrons induced by the coupling to environment. (c) The proposed phase diagram of the steady state of the system. FI (Floquet insulator) denotes the insulator phase and EHM (electron-hole metal) denotes the metallic phase. The yellow star indicates the quantum critical point governing the phase diagram.