Casimir Physics covers a wealth of phenomena where forces between macroscopic objects are induced by long range fluctuations of either classical or quantum origin. Fluctuations of the quantum electrodynamic (QED) vacuum epitomize this type of physics, but such fluctuation induced forces arise in a wide range of systems. We present an unexpected example of fluctuating radiation forces due to mesoscopic coherent fluctuations of light propagating in random media. A hydrodynamic Langevin approach is used to describe the coherent light fluctuations, whose noise term accounts for mesoscopic quantum effects. This description—generalizable to other quantum or classical wave problems—allows to understand coherent fluctuations as a nonequilibrium light flow. The strength of these fluctuating forces is determined by a single dimensionless and tunable parameter. Orders of magnitude of these fluctuation forces are offered that show experimental feasibility. 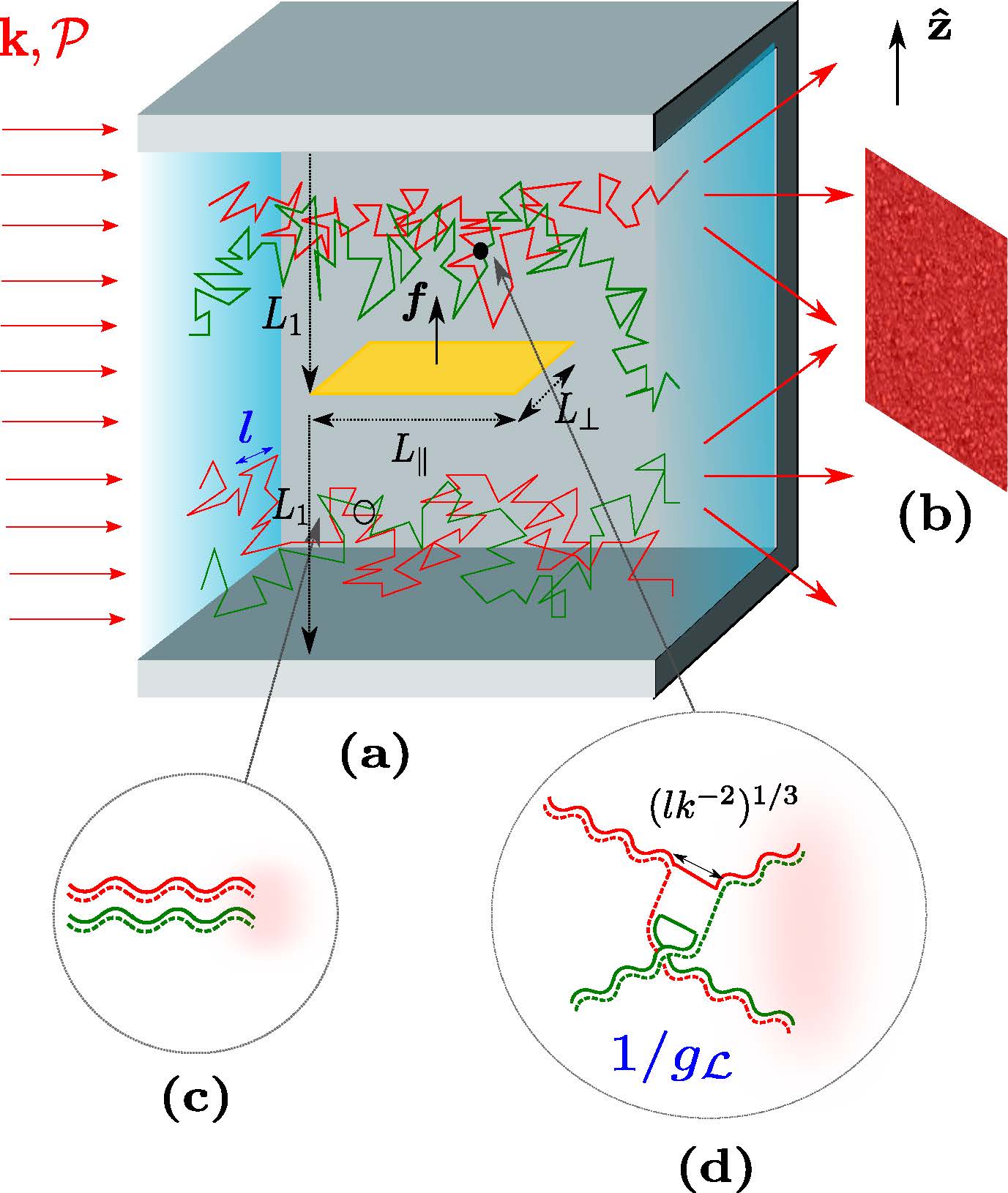