Inferring how an unknown quantum system evolves in time is important for characterizing errors in quantum devices and for modelling quantum materials. Previous approaches for inferring these dynamics measure a known initial state as it evolves in time. We discovered that the dynamics of quantum systems can also be recovered from the steady states they reach at long times. This discovery lead to a scalable, local approach which recovers the dynamics of a desired part of the system without measuring the rest of the system. 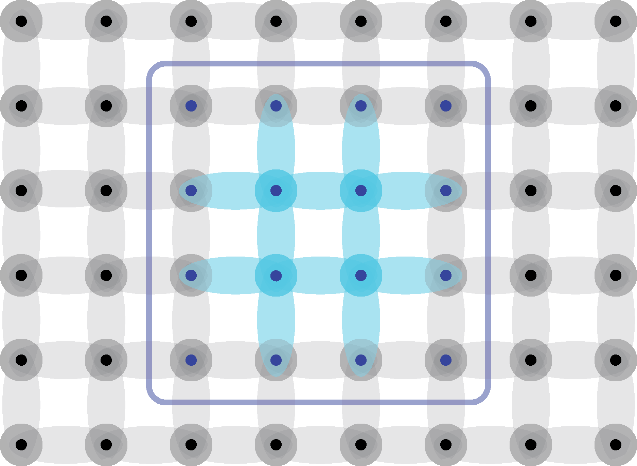 Local learning: measurements within a subsystem (dark blue square) reveal the interactions between the subsystems' qubits (light blue), despite their entanglement with the rest of the system (caused by interactions depicted in gray).