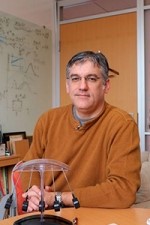 While trapped atomic ions crystals are among the most promising platforms for fully universal quantum computer systems in the future, they are currently being exploited for some of the most advanced quantum simulators of Hamiltonian spin models. Crystals of trapped ions can represent flexible interacting spin systems, with essentially no limits on idle coherence time and nearly perfect projective state measurement. Programmable Ising interactions between spins can be implemented through optical forces that modulate the Coulomb interaction, resulting in a long-range interaction graph with tunable range. We present several examples of quantum simulations of interacting spins represented by chains of trapped ions, including the preparation of ground states and phase transitions, dynamics with strongly-interacting spins including observations of prethermal and MBL phases, and Floquet “time crystals.” Some of these experiments are pushing the limits of what can be efficiently simulated on classical computers, and may in the future inform exotic behavior of real materials.