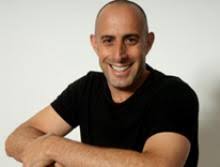 Quantum computers are expected to achieve a significant speed-up over classical computers in solving a range of computational problems.

Chains of ions held in a linear Paul trap are a promising platform for constructing such quantum computers, due to their long coherence times and high quality of control. Here we report on the construction of a small, five-qubit, universal quantum computer using 88Sr+ ions in an RF trap.

All basic operations, including initialization, quantum logic operations, and readout, are performed with high fidelity. Selective two-qubit and single-qubit gates, implemented using a narrow linewidth laser, comprise a universal gate set, allowing realization of any unitary on the quantum register.

We review the main experimental tools, and describe in detail unique aspects of the computer: the use of robust entangling gates and the development of a quantum coherent feedback system through EMCCD camera acquisition. The latter is necessary for carrying out quantum error correction protocols in future experiments.