Dr. Yuval Shagam recently returned to Israel to join Technion’s Schulich Faculty of Chemistry and the Solid State Institute after four years as a postdoctoral researcher at JILA, a leading physical science research institute jointly run by the University of Colorado at Boulder and the National Institute of Standards & Technology (NIST).

The new lab will focus on two main projects. The first is to develop ultra-sensitive chiral-molecule-based quantum physics. Many molecules in living organisms are either right-handed or left-handed, and an object or a system is chiral if it is distinguishable from its mirror image. Yuval wants to explore whether there is some fundamental force that has never before been measured in molecules that gives them a preference for right-handedness or left-handedness. 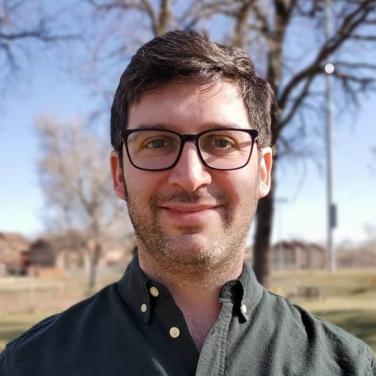 “We will leverage molecular ion technology to answer the fundamental question of why we observe the symmetry breaking in nature between molecules of different chirality. We will tackle this question on a quantum-state-resolved scale by developing quantum interference-based detection to achieve pristine chirality-specific measurements that will eclipse the capabilities of techniques available today in sensitivity and allow quantum state resolved detection.”

The second project Dr. Shagam’s new lab will research involves a new approach for studying cold quantum ion-neutral collisions that will reveal their quantum nature. At the heart of the method is an ion trap with velocity map imaging (VMI) capabilities. The aim is to manipulate the mean velocity of a trapped ion cloud relative to a cold fast-moving molecular beam.

“Supersonic beams are an excellent tool for achieving cold temperatures for a large variety of atoms and molecules. After decades of studies aimed at manipulating neutral beam velocities, we can overcome this hurdle by accelerating ions to the same frame as the moving beam. Since we rely only on the particle charge to tune the collision energy, we will have a wide variety of ion-neutral systems to study.”

Dr. Shagam’s postdoc research in Colorado similarly explored the mysteries of the Universe that cannot be explained by the current set of physics laws. He was part of a lab that was headed by prominent physicists Jun Ye and Nobel Prize laureate Eric A. Cornell and was dedicated to precision measurement of the permanent electric dipole moment of the electron using trapped molecular ions.

“We achieved coherence times that are seconds long – which is a record for molecules. We developed a noise-immune detection method by causing our molecules to break up according to their orientation in space. This gave us a 50-fold more precise error bar, which we’re trying to improve.”

Although he was born in Israel, Yuval Shagam spent most of his childhood in Massachusetts, returning to Israel in high school. After the army, he received a BSc in Physics and Computer Science from the Hebrew University of Jerusalem, followed by MSc and Ph.D. degrees in Physics from the Weizmann Institute of Science. At Weizmann, his studies focused on cold quantum chemistry and his doctoral thesis was titled “Cold chemistry with cold molecules.”

Despite the restrictions caused by Covid-19, Yuval is excited to be back in Israel and at Technion. He is still settling in and looks forward to his lab being ready in the Spring. In addition to support from Technion’s Helen Diller Quantum Center, his research will also receive funding from the Council for Higher Education’s Planning and Budgeting Committee program which supports new faculty in quantum science and technology.

“Haifa is beautiful and Technion is a great place. I enjoy being back in Israel and look forward to conducting research here.”